The PlayStation 2 classic, now on your PC thanks to MAME 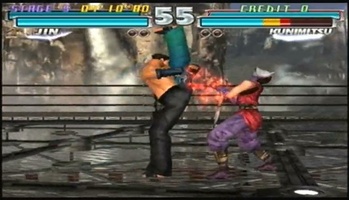 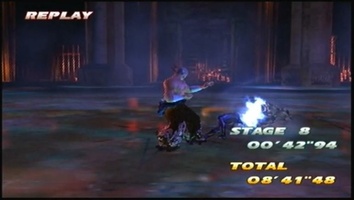 Advertisement
Tekken Tag Tournament, the legendary two-on-two PlayStation 2 fighting game, is now available for PC thanks to the magic of the MAME emulator that allows you to experience its legendary combats on just about any computer.

The best thing about this version is that it only takes up 65 megabytes of memory, plus you simply have to decompress it into one of your hard disc's folders and then double click on the MAME executable to start playing. It’s as simple as that.

Once you’ve done this, you can access the franchise's classic cast of characters, such as Eddy, Jin Kazama, Lei, Paula, Heihachi, Xiaoyu, Brian and company. All of them come with their characteristic moves, so anyone who has played the franchise before will know how to control them.

The graphics in this Tekken Tag Tournament are somewhat inferior to the PlayStation 2 version we all remember. In fact, the graphics more closely resemble those from PlayStation’s Tekken 3. In spite of this, the game is still incredibly fun.

IT IS ASKING FOR COIN HOW TO START THE GAME

GTA IV: San Andreas
San Andreas is back to life in GTA IV
PUBG Lite
The version version of PUBG for PC
Knives Out
Online action for up to 100 players
Valorant
Spectacular tactical team shooter
Call of Duty 2
Play 2nd World War as if you really were there
Total Overdose
Tequila-fuelled rampage
PUBG Mobile (GameLoop)
Play this amazing Battle Royale in your PC
Creative Destruction
A free Fortnite-style battle royale that won't disappoint you